A Breakdown of the Week That Was, And What’s Ahead

And while all major indices posted a modest decline, those numbers don’t tell us how wacky and wild it was for traders.

We can thank the ongoing trade war between the U.S. and China for adding to this week’s market volatility.

Here are some highlights:

Can we expect more volatility ahead going into next week?

What’s going on with commodities like gold and silver, are they a better place to be in than stocks moving forward?

And what about the upcoming catalysts for the week, what should you be looking out for?

I answer those questions and a whole lot more in the Jump.

Well, U.S. stocks ended one of its most volatile weeks… and actually finished only slightly lower… which was remarkable, considering that major market indices were down ~3% on Monday, as well as the ongoing trade war concerns heading into the weekend.

President Trump stated yesterday, “We are not going to be doing business with Huawei… And I really made the decision. It’s much simpler not doing any business with Huawei. … That doesn’t mean we won’t agree to something if and when we make a trade deal.”

Not only that, the POTUS further escalated trade tensions by stating the U.S. is not ready to make a deal with China.

Keep in mind, the POTUS made its decision on Huawei after China halted purchases of U.S. agricultural products, as well as allowed its currency to drop below a key level against the dollar for the first time since 2008.

It’s quite clear that there are still ongoing trade tensions, and this volatility might not be over. With that being said, there are some key levels to watch in the SPDR S&P 500 ETF (SPY). 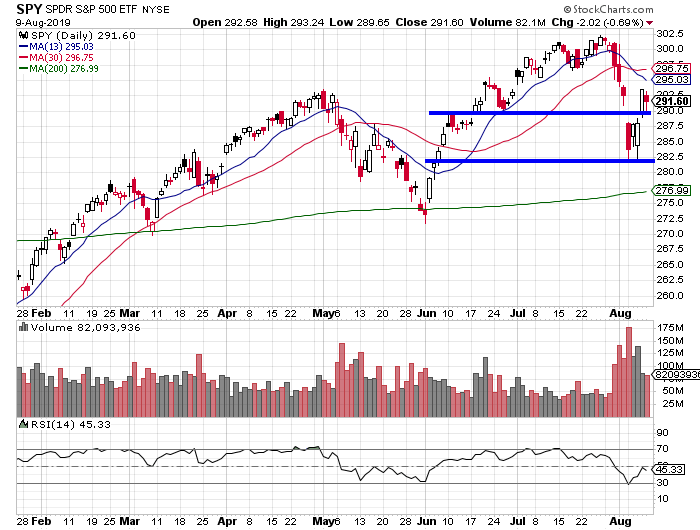 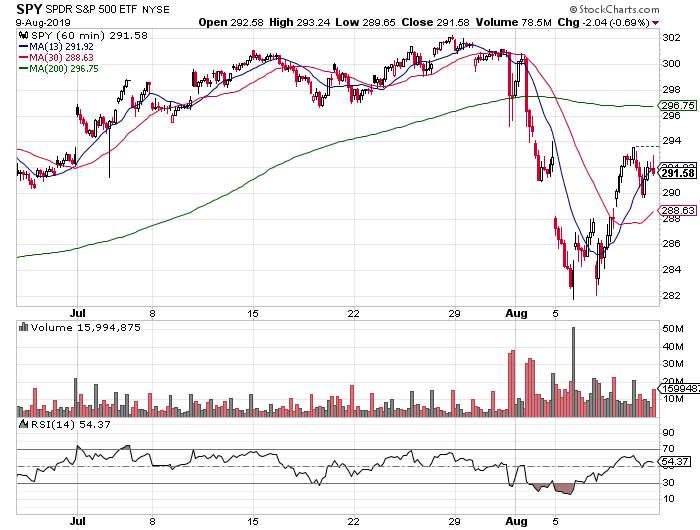 On the hourly chart, we’ve seen a bullish crossover, and SPY is above $290… but has some resistance at $297 at the 200-hourly simple moving average. For now, I’m going to remain patient before I make any moves in SPY, or other market-tracking exchange-traded funds (ETFs) like QQQ or IWM.

Not only have stocks been volatile, but bond yields have been getting crushed, which is sending other asset classes soaring.

Well, global bond yields have dropped to a 120-year low, according to Bank of America  Merrill Lynch. 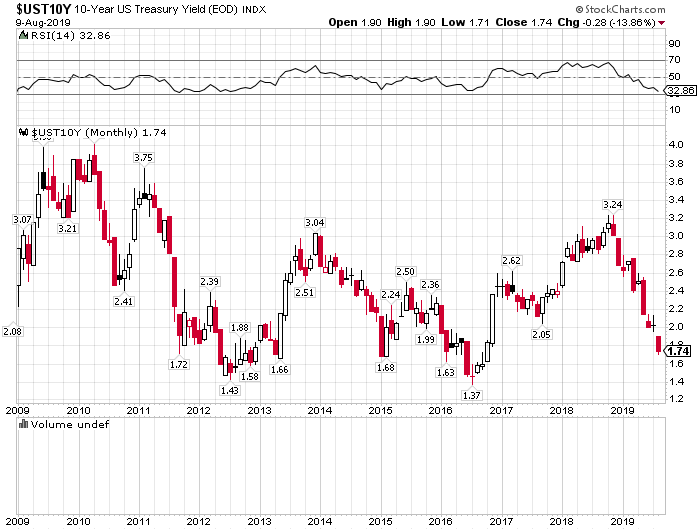 Not only that, the 30-Year Treasury Yield has been collapsing, and approaching the 2% very quickly.

Gold prices broke above $1,500 for the first time in 6 years due to the political tensions, fears of a global economic slowdown, as well as the fall in yields. 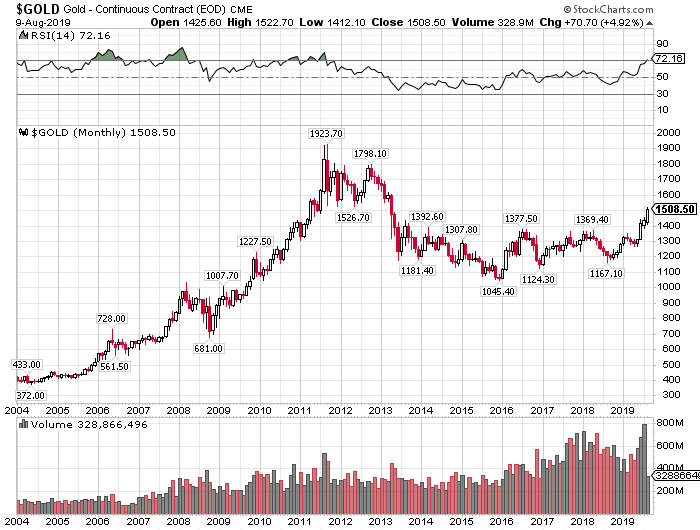 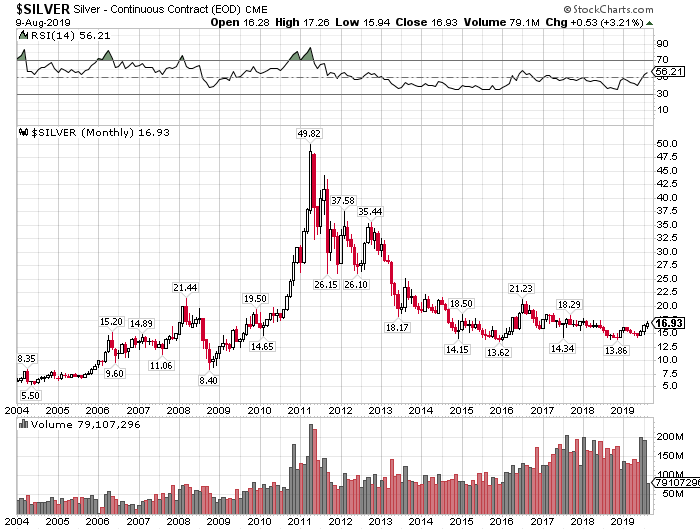 With that being said, I’m going to keep an eye on yields, bond ETFs like TLT and IEF, as well as gold- and silver-related stocks or ETFs… and of course the VIX.

There are a number of economic indicators next week, and they could give us clues as to where interest rates are headed… which can uncover multiple opportunities for us to trade.

We’ve still got a lot of companies reporting earnings as well.

Not only do traders have to figure out what’s going on with politics and macroeconomics, they’ve also got to analyze earnings right now. Next week, we’ve got a lot of large-caps reporting, and I’ll be keeping an eye on some of these to try to uncover some opportunities.

I think it could be another volatile week for the markets bumpy… and it can be very easy to get chopped up in all the back and forth price action.